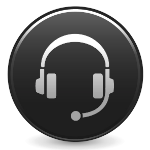 In the following example you can learn how to build a DB interaction between the IVR application and a remote DataBase.

Here we imagine to make a SELECT FROM WHERE Sql statement inside a post call handling routine using the Finally Box.

First of all you let’s define a new Channel variable inside the project dashboard. Then we need to declare a connection to an existing DB In our example we would need to query the table below (tableX): The query we have performed is:

The whole returned resultset is stored in the RESULTSET defined variable.

e.g the value of field1 will be store into RESULTSET[0][field1]

field_name: the name of the column as named in the DB schema